The wheeling and dealing and cheerleading and screaming have ended, thanks to a sine die from both chambers in time for the regular session deadline. 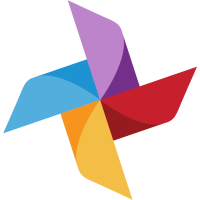 The wheeling and dealing and cheerleading and screaming have ended, thanks to a sine die from both chambers in time for the regular session deadline.

Still pending are further vetoes from Gov. John Bel Edwards, should he choose to execute that authority again. So far, 79 bills have been signed into acts from the Senate and 133 from the House. Of those, the bills we were watching that have now been signed include HB 1, 105, 697 and SB 11, 22 and 114. We will be continuing to watch the others, including HB 2, which includes money for the Jimmie Davis Bridge.

Additionally, a big ballot push is on deck for this fall for a tax package that the legislative leadership went through hell and back to pass.

Aside from waiting on the governor, lawmakers also have to turn their attention to passing a set of constitutional amendments in October that will represent the tax package they passed during the regular session. Making the proposals digestible in a way that voters can understand income taxes, sales taxes and more may be a challenge.

Still, it sounded like the governor was leaning towards signing off on the multi-part tax plan package that was championed by Ways and Means Chair Stuart Bishop and Rev and Fisc Chair Bret Allain. Both Bishop and Allain said today they expected an organized effort this summer and fall to convince voters the tax package is right for them. The groups that supported the various bills throughout the process will likely head up that campaign, they said.

Here’s more on the session:

Earlier this year, the state was facing a potential $900 million shortfall in the upcoming fiscal year beginning July 1. That was eliminated with the influx of federal funds, money saved from last fiscal year at the state level and the economy’s picking up. There could be a future shortfall, but not next year. That allowed the Legislature to increase spending in education and other areas.

The Legislature passed a $38 billion state operating budget for next fiscal year, which begins July 1. Lawmakers, bucking tradition, wrapped up their work on the spending plans two weeks before the end of the current session. The plan, which has been signed by the governor, includes more than $2 billion in unexpected funds from additional tax revenue and federal money for economic recovery related to the pandemic, more than a third of which will go to roads and bridges.

The 2021-22 spending plan sent to Edwards includes pay raises, education spending increases and payment boosts to foster parents. Public school teachers will get an $800 pay raise, while support workers such as bus drivers and cafeteria employees will see their salaries rise by $400. In other education increases, the TOPS program will fully cover tuition costs for all eligible college students.

Louisiana’s tax collections are rebounding from the coronavirus outbreak. Lawmakers had a surplus from last year to spend, along with better-than-expected tax collections from this year and billions in federal cash. The package of budget bills includes a spending plan for about $1.6 billion in federal coronavirus aid, which would be split among a list of programs and projects. One-third of the cash, $563 million, would pay for road and bridge work. Another $490 million would go to the state’s nearly bankrupt unemployment trust fund.

The budget is balanced with at least $720 million in short-term cash that isn’t expected to be available in later years, including $600 million in enhanced federal Medicaid money available because of the pandemic. Combined with other budget measures, the state will spend more than $43 billion on programs and services in the 2021-22 financial year.

Going into the session, the priority of the Legislature emerged as fiscal and tax reform. The governor committed to supporting said reforms if they remained revenue neutral. From the get-go, the impetus for reform was on “broadening the base and lowering the rates” while reducing deductions. A big part of the leadership’s package was HB 199 by Speaker Clay Schexnayder, R-Gonzales, which establishes a state and local streamlined sales and use tax commission to provide recommendations on centralizing sales tax collections, including internet sales, which are anticipated to generate up to $400 million for the state annually. This constitutional amendment now goes to the people for a vote this fall.

HB 514 by Rep. Tanner Magee, R-Houma, was originally only a 4.45 percent sales tax on medical marijuana; it changed several times in conference committee and finally landed in a version to include the provision that 30 percent of sales tax revenue from vehicle sales will gradually transfer from the state general fund to transportation needs; in 2024, 60 percent of those monies will be put in the Construction Subfund of the Transportation Trust Fund. Seventy-five percent of proceeds will go toward mega-projects, and 25 percent will go toward preservation projects in the highway priority program. The move is anticipated to boost infrastructure funding by $300 million annually, as the vehicle sales tax generates about $500 million per year.  It’s now up to the governor to sign or veto the legislation.

The major pieces of legislation dealing with tax reform are HBs 292 and 278, and SBs 161 and 159, which constitute a “tax swap” dealing with individual and corporate income and franchise taxes. SB 159 is a constitutional amendment, which will go to a vote of the people October 9. Both corporations and individuals would be assessed at lower income rates but lose the deduction for federal income taxes paid on state income tax returns. Those bills are tied together, meaning a gubernatorial veto or the failure of one of the constitutional amendments would kill the entire package. The individual tax brackets would change from 2 percent to 1.85 percent on the first $12,500 of net income, from 4 percent to 3.5 percent on the next $37,500 and from 6 percent to 4.25 percent on net income in excess of $50,000, and set the rates in statute, meaning the Legislature can change them in the future.

The five different corporate tax rates would be reduced to three brackets, which would drop from a high of 8 percent to 7.5 percent on income above $150,000 and to lower rates at lower income levels. The corporation franchise tax rate will be reduced from $3/$1,000 on taxable capital above $300,000 to 2.75 percent beginning in 2023 and extends the suspension of the tax on the first $300,000 of taxable capital for small businesses (a corporation with less than $1 million in taxable capital) until that time. When combined, these measures are intended to increase economic development in the state.

This additional money, both federal and state, and the early passage of a budget, means there will not be a special session to allocate the federal money. There will, however, be a special legislative session on redistricting, likely toward the end of the calendar year.